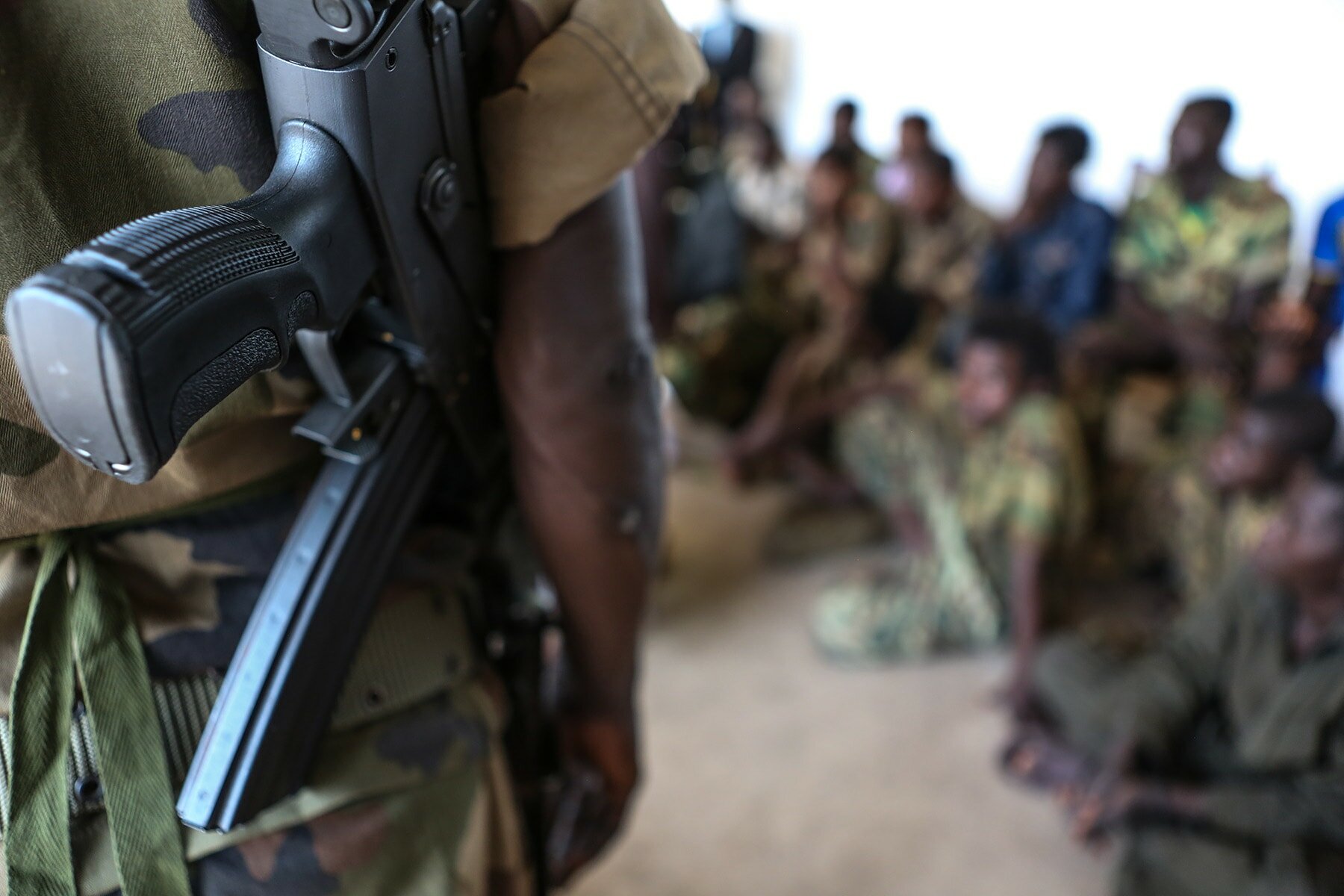 10 years on: Marking the 10th anniversary Paris Principles and Commitments

Reliable data on child soldiers continues to be very difficult to obtain but tens of thousands have been recruited over the past few years: 17,000 in South Sudan, 10,000 in Central African Republic since 2013, 2,000 by Boko Haram in the Lake Chad Basin region last year alone, and 1,500 in Yemen since the beginning of the conflict there.

This week is the 10th anniversary of the Paris Commitments to protect children from unlawful recruitment or use by armed forces (Paris Commitments) and the Paris Principles and guidelines on children associated with armed forces or armed groups (Paris Principles). Coinciding with this important anniversary, UNICEF released its latest numbers on the use and recruitment of child soldiers.

The numbers of recruitment provide a sobering assessment of the scale of violence targeted at children in modern wars. But progress has been made over the last decade of international action.

Over the past ten years, at least 65,000 children have been demobilized from armed forces and groups and returned to civilian life. In the words of Anthony Lake, Executive Director of UNICEF, “Ten years ago the world made a commitment to the children of war and matched it with action – action that has helped give 65,000 children a new chance for a better life”.

All children should be spared the physical and mental trauma, destruction of family and social ties, and interruption of education and normal development that child soldiery brings. In order to preserve progress and increase momentum towards the complete elimination of the use of child soldiers, it is imperative that the international community devotes increased resources and attention to the prevention of recruitment. For example, demobilized former child soldiers can be vulnerable to re-recruitment, as their prior training and experience fighting can make them attractive targets for armed groups.

“Ten years ago the world made a commitment to the children of war and matched it with action – action that has helped give 65,000 children a new chance for a better life”. Anthony Lake, Executive Director, UNICEF

To prevent the re-recruitment of demobilized child soldiers, a range of steps are needed. These include providing sufficient support to demobilization programs to ensure the rehabilitation and reintegration of children into their communities, provision of education and work opportunities to provide viable alternatives to joining an armed group, and training security sector personnel—military, police, peacekeepers—to provide appropriate, rights-based protection and security to children, their communities, and demobilization centres.

At the Dallaire Initiative, we bridge the gap between humanitarian responses and the roles of the security sector personnel. For example, our training programs for security sector personnel provide both the tools and knowledge for military, police, and peacekeepers, to recognize those vulnerable to recruitment and where along with the necessary responses to protect. These interventions by security personnel complement the efforts of other organizations such as the UN,  humanitarian and development NGOs whose programs provide other important interventions in affected countries. Though such a holistic and preventative approach that addresses all facets of the recruitment of child soldiers, we can work towards the complete elimination of this abuse of children.