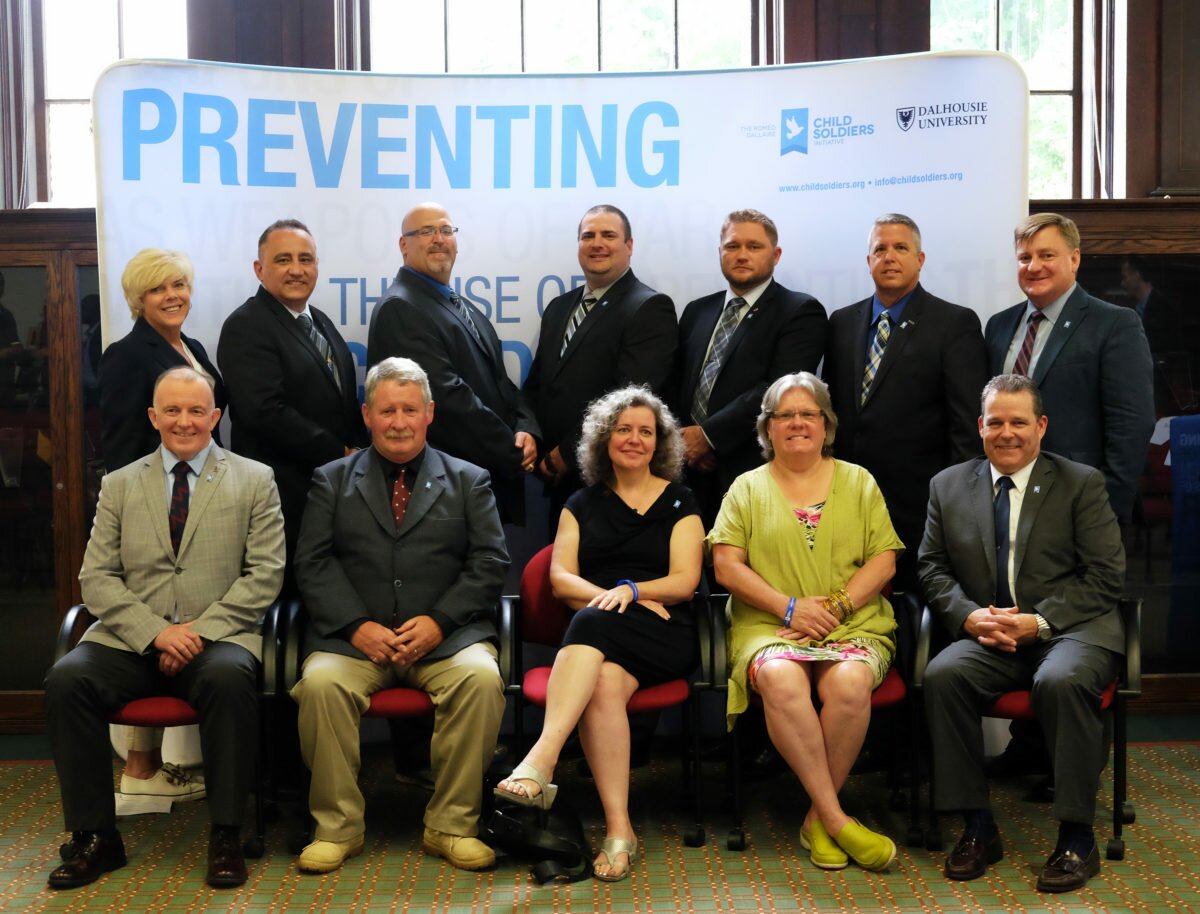 Program Supports the Dallaire Initiative’s Mission to End the Use of Child Soldiers.

Program Supports the Dallaire Initiative’s Mission to End the Use of Child Soldiers.

HALIFAX—On July 28th, the Dallaire Initiative graduated its second cohort of twelve veterans into the Wounded Warriors Canada Veteran Trainers to Eradicate the Use of Child Soldiers (VTECS) program at Dalhousie University. This year’s cohort consists of twelve Canadian Armed Forces Veterans and, in a first for the program, an RCMP veteran.

“We are excited to build upon the success of our graduates who through their unique set of skills and perspectives are well placed to help support and grow our mission of ending the use of children as weapons of war,” states Dr. Shelly Whitman, Executive Director of the Roméo Dallaire Child Soldiers Initiative.

The gradation was attended by a number of Members of Parliament including, The Honourable Andy Fillmore, MP for Halifax, along with representatives of Dalhousie University, Wounded Warriors Canada, the Air Canada Foundation and others.

The VTECS program provides an opportunity to receive focused education in the field of children affected by armed conflict and assist in developing instructor and facilitation skills that will be a benefit in all areas for Veterans transitioning from military to civilian life employment. Through the completion of the VTECS program, participants will become community educators and advocates, championing the Dallaire Initiative’s vision of a world where children are no longer recruited or used as weapons of war.

LCol Michael Rostek, commented, “”VTECS is a truly unique program leveraging the skills and knowledge of Veterans who continue to serve their country by contributing to the mission of ending the use of children as weapons of war. I am honoured to have been afforded the opportunity to work with such an inspiring team at the Roméo Dallaire Child Soldiers Initiative and look forward to making many future contributions to such a noble cause.”

Scott Maxwell, Executive Director of Wounded Warriors Canada, commented, “We continue to work with Veterans who are struggling to transition their specialized skills to the civilian workspace. We believe the VTECS program is a force multiplier – leveraging the skill set of our highly trained Veterans while also providing skills transition training; access to an academic environment; credits/accreditation possibilities and employment opportunities. On behalf of Wounded Warriors Canada, we congratulate the second cohort on their graduation and wish them the very best as they progress through the program in the months and years ahead.”