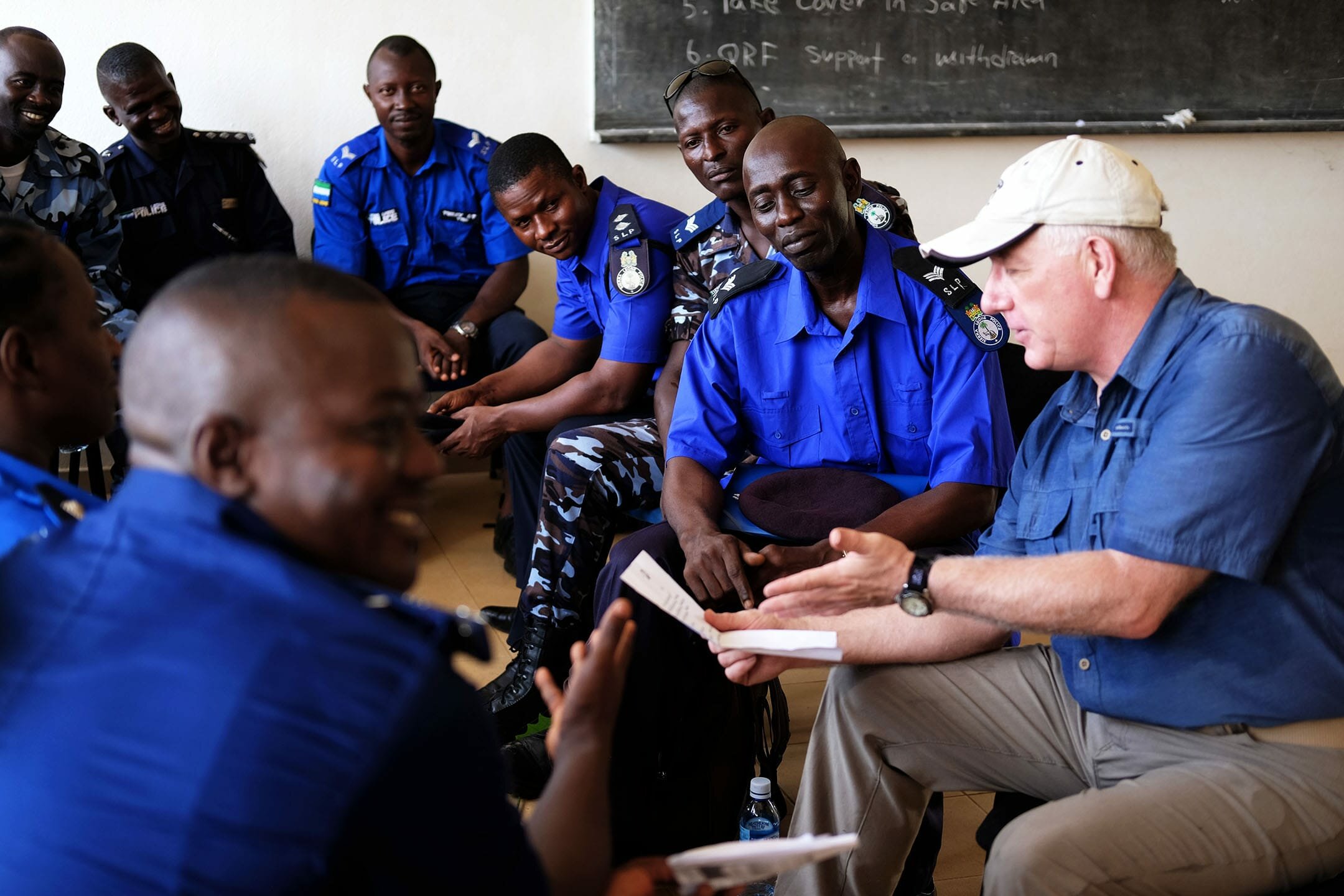 The VTECS program offers former members of the Canadian Armed Forces an opportunity to repurpose their knowledge and skill that will help the Romeo Dallaire Initiative to prevent the recruitment and use of child soldiers.  As Canadians, our social values and humanitarian efforts are well recognized in peacekeeping and NGO efforts around the world.  As Veterans, we continue to uphold our entrusted obligations to protect and promote Canadian ideals that will deter belligerents from dehumanizing civilians, particularly as it relates to children in all theatres of operation.   As a VTEC, you uphold these values, and soon realize that you become part of a larger vision to interrupt the cycle of hate and violence.  It is a heavy responsibility.  One can choose to ignore the problem, or you can become part of the Security Sector solution to make the world a better place.  The VTECS program is an opportunity to rediscover your true self.

Ken Hoffer was part of the 2016 Wounded Warriors Canada Veteran Trainers to Eradicate the use of Child Soldiers (VTECS) program. Utilizing his personal and career wealth of experience and expertise, in conjunction with the education and skills he grew throughout the VTECS program, Ken was later contracted to deploy to Sierra Leone to conduct the Roméo Dallaire Child Soldiers Initiative’s Pre-Deployment Training with local police members about to embark on a peace keeping missions in both South Sudan and Somalia.